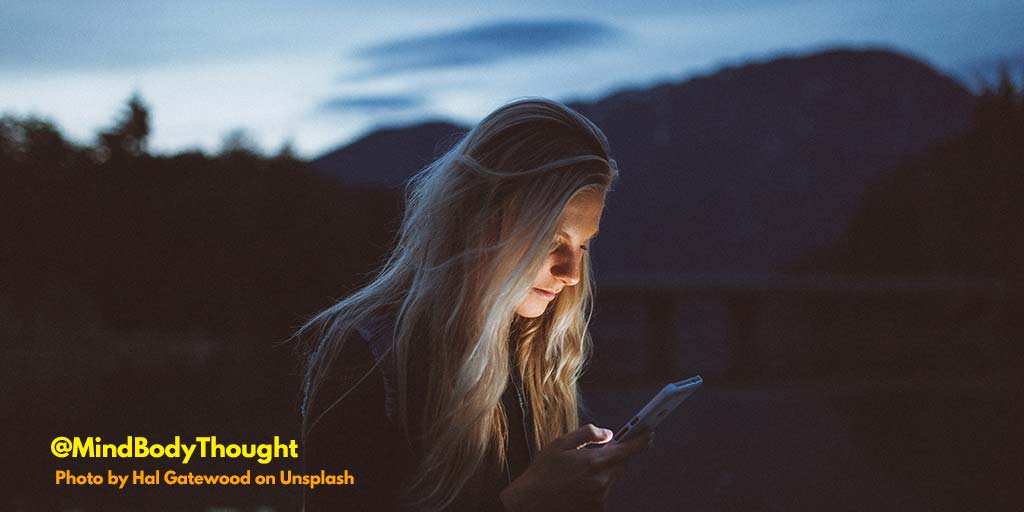 There are some great exchanges on Twitter and social media, but so often we fail to avoid unconscious tweets. I know, we maybe don’t intend to write stuff that is inauthentic, but we do.

When I see the platitudes and memes fly, I put on my hardhat and duck for cover. While some of that can be nice, it is so overused these days that I doubt anyone truly reads them. Okay, maybe a few people.

Years ago when I started on Twitter, you barely saw much of that type of social media posting. You’d see it more in email or on Facebook, but not Twitter. Now everyone, it seems, does it.

Sure, there’s room for all kinds of tweets. Please don’t misunderstand me. However, we sometimes reach for platitude “A” to be a response to whatever it is that we see posted.

Each of us is at different points and have different experiences, so making unconscious tweets does not help. I think sometimes if we slowed down and responded more compassionately, putting ourselves in the shoes of others, we could avoid unconscious tweets. There are always going to be points that are hard to avoid, where no matter what we do, but we need to be aware of our human interaction.

I strive to be 100% authentic in what I do on Twitter. Yes, I might fail and stumble too, but my intent is to be authentic. I personally don’t like “one size fits all” responses. It just feels icky to me (if you allow me to use that word).

Another thing I don’t like about inauthenticity is that it feels like I’m not being heard. Someone is doing a drive-by response and hasn’t really taken any time to understand. Yes, social media tends to be that way, but again, it just leaves me feeling icky.

If we try to take authenticity into account then we can more easily avoid unconscious tweets.

While I know that we empathize with what others are going through, sometimes when we only show pity, it cheapens the response. Now, I’m not saying don’t have pity, but don’t make it into more than it needs to be.

The way we can avoid an unconscious tweet of pity is by being supportive and showing compassion and love. If we do it using authenticity, we end up empowering the person, rather than disempowering them.

Most of the time when I tweet something, I’m not looking for pity. It really is the last thing I need. After all, I’ve been through whatever experience it is that I tweeted about, so the pity just doesn’t mean much. Maybe it does to others, but not to me.

Sometimes I post personal things using vulnerability so that others will know they aren’t alone. I’m so surprised when people act as if I’m going through that at this moment. No, I’m just trying to make it a little less lonely for others out there wondering if anyone else has ever endured these things.

We can avoid unconscious tweets by easing up on the pity and making sure we authentically offer support.

I know there’s a game of getting engagement on Twitter and so people tag everyone and anyone. Since I have a large following, I’m often a target of this. Most of the time, the tagged tweets mean very little. Once in awhile, they have more meaning to them.

While I’m not making an absolute statement here, most of the time people are tagging me in hopes I’ll retweet, share, and like. If you do this, it gives them engagement. To me, it is false engagement. Why not carry on a conversation or say something personal. Honestly, I just don’t get this practice. Today as I write this, I had someone I don’t follow tag me in a tweet that I had absolutely no idea what it meant. Talk about the need to avoid unconscious tweets.

I don’t mind a little tagging in tweets but then it becomes one unconscious reply after another and it fills my notifications up. It gets to the point that I miss the real replies and notifications which upsets me. I hate missing the important stuff.

So if you want to avoid unconscious tweets, try less tagging and more actual conversation that is authentic. Your day will be brighter and you will make the days of other people so much more healthy and happy.

Not that long ago, platitudes were more for email and Facebook. Now, they’ve inundated the Twitter feeds. So many automated services out there push and promote this because they make money off of monthly subscriptions. They will tell you that you need to tweet so many times a day at given times. Of course, they back it up with studies they’ve done from their user database.

At one time, I fell into the expert group think of tweeting out in this fashion. However, I found that while it got engagement, it annoyed people just as it does me. What I found to be more helpful was to write authentic tweets that people engaged with and liked to read. Ones that inspired and helped them in their day.

You can tell when these automated tweets show up because often the person doing it never responds. The tweets look canned and offer little more than something to be posted to the Twitter timeline. I know, some of the tweets really have great information, but when a timeline is overrun with them, it becomes a flood, not water to drink and nourish the soul.

Platitudes can be good but they are so overused these days that they actually become more screaming noise in our day. They lose their desired effects and are drowned out by a sea of people doing the same. Any more, my eyes just skip over them as I have better things to do than watch regurgitated platitudes and memes all day long.

Avoid unconscious tweets by not regurgitating tweets all day long. Engage with people and get to know them and it will fill your life with so much more hope, joy, and love.

Emojis can be wonderful and I use them. However, I see them being so overused to the point that I have no idea what purpose they provide in a tweet. It becomes a pretty graphic, but that’s about it. What it means to the person writing them is probably far from my interpretation of these things.

Often, I’ll avoid unconscious tweets by writing something and then maybe using one or two to back up something I just said. I know, we’re getting to an age where communication is likes and emojis which I find sad. It isn’t communication but the lack thereof, and doing so cheapens the response.

There are so many emojis out there that sometimes I have absolutely no idea what they mean. I have given up doing a Google search to find out and now just dismiss them. They have become noise in my day. It is hard enough to communicate where our point is heard and the emoji practice of today makes that more difficult or almost impossible.

When we engage in everyday screaming, we are really doing ourselves and others a disservice. I know that everyone thinks (or most people think) that we have to constantly engage against the forces that we despise. However, I’m not so certain on this concept.

Please don’t get me wrong because I’m not saying we should ignore injustice in the world or abuse or many other evil things that are taking place. I’m just not sure that if we join the chorus of screaming voices, we are doing much to solve the issue.

Instead of helping as much as we think we are, I believe we are causing more harm to the universe. Our energy is not one of love. Our actions are not one of helping, but of judgment. Yes, I realize that there is never any justification for injustice, abuse, and many of the things happening. I know, what I’m trying to say here may be difficult to grasp.

Everyday screaming has become noise. No one is listening. Everyone feels judged. Love is not the currency of connection between humans. So the more we engage in it, the less we are helping.

To avoid unconscious tweets, each one of us needs to model the behavior we want to see. If every person in this world did that, things would change instantly. We need to stop and think about what we are tweeting. Are we really helping or are we just joining the noise? There is a difference and it is really a big difference. I would urge everyone to see if there is a different way of standing up for injustice because what is happening now is not working.

If you really want to avoid unconscious tweets and improve the world, stop giving unsolicited advice. I know we all abhor it when it is done to us, but then I see us turn around and do it to someone else.

Many will agree with this, but then their behavior does just the opposite. It is such an unconscious response these days on social media that my head spins all day long.

Too often we think we know what the person needs but in all reality, we only know a tiny bit of what is going on in their life. Without sitting with the person, we don’t truly understand.

To give them advice that fits our lives, forcing it upon them as if it fits their life, may be hurting them more than helping. Our advice may not only be endangering their life, but it might be preventing them from learning a necessary lesson.

The ones that have helped me grow the most are not the ones telling me what I should do, but the ones holding the space for me as I walk through the fire.

We Can Avoid Unconscious Tweets

If we just become more aware and mindful of what we post, we can help to avoid unconscious tweets. It really isn’t that hard to do. However, it requires awareness and a conscious effort to do it. We don’t have to follow the herd.

In my social media communication, I try to respect anyone that tweets to me. I try to listen to them and hear them. Most of the time you will find authenticity in what I tweet, but I’m sure there are times I fail at it too.

Keep in mind that even though we know our intent or what we are trying to say, it doesn’t mean everyone else does. It may come out totally different.

If you’re one that does some of these things, try switching and changing what you do. The world needs more authenticity. It needs more people that avoid unconscious tweets.