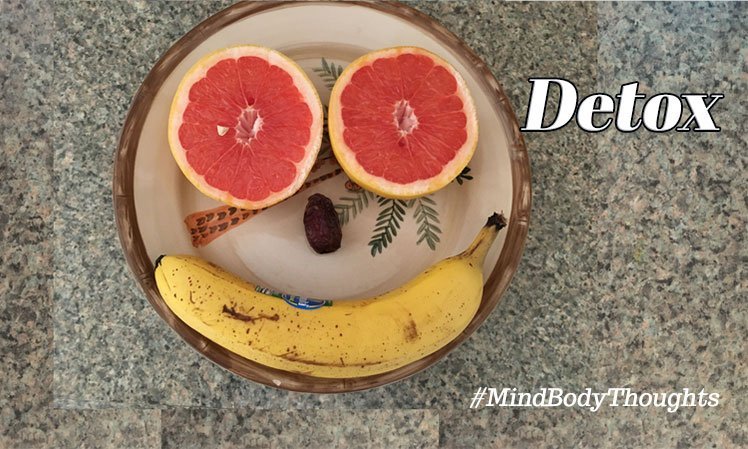 Detoxification and cleansing the body through fasting is something I enjoy learning about in my life.  A few days of juicing a couple of times a year always leaves me feeling clearer and healthier.

Today, a new 14-week detoxification begins for me. It is simple; fresh raw fruits and vegetables will be my primary menu. I will eat cantaloupe and other melons separately from other fruits. My Vitamix blender or my juicer will be busy making smoothies and juices. Fresh almond milk, cashew milk and cashew cream from raw nuts, organic apple juice, and vanilla will be a daily routine.

I have been easing into this for a few weeks. I am vegetarian, so it is not too far off from the way I usually eat, but I will be tightening it up and eating less cooked vegetables and more raw food each day.

What kind of detoxification to choose?

There are numerous approaches to be found on fasting or detoxification. Intermittent fasting, juicing, smoothies, and herbal cleansing are a few that I have experienced. Fasting has historically been a part of many religions. The word breakfast comes from the idea of “breaking” the fast. Unfortunately, the concept of fasting today is not readily accepted and ignored at best, in spite of the number of books written about it. Some suggest fasting is dangerous and it can hurt you.

Looking around today, I see fasting as the least worrisome of the health troubles facing our world. Processed food is the norm. We are overweight with diabetes, heart problems, digestive issues, and take a large number of drugs for everything that ails us. Many people go from one holiday to the next consuming large amounts of food, and in between, we do the same in social situations. If we skip a meal, everyone thinks something is wrong! Why aren’t you eating? When we do get ill, we want a quick fix. We believe that taking a pill will make it all go away.

A documentary to give me courage

As I scrolled through Netflix yesterday, The Science of Fasting came up. I had already made my decision to do this detoxification program. Seeing it at this time was terrific because I tend to doubt myself and the food choices I make. This documentary explores the science of how the body reacts to fasting. It is helping me to have the courage to give it my best. There were independent studies done with a large number of participants some years ago. One study spanned 50 years and involved over 10,000 patients. There are few recent studies done today as there is no funding or encouragement for them. The results they found in these studies for treating chronic illnesses and mental health were extraordinary, and I wonder why we are not doing any more reviews on this.

This particular documentary is about “water” fasting. The only thing consumed is pure water for a week to three weeks. It is a clinic where doctors supervise the detoxification process, as it is extreme.

The study found that Vitamins A, D, and C decreased, but were not critical. Almost two-thirds of the participants saw their chronic illnesses disappear after one or two courses of water fasting. They found their physical hunger disappeared after two or three days. The tricky part is dealing with what they call the acidosis crisis.

As the participants go through the days of fasting, the body begins to eliminate toxins. At first, they do not feel so well. During the crisis, any current chronic diseases intensify for a short time, around 24-26 hours. As the days go on, they feel better and better. The body begins to adjust, it does what it needs to do, and it starts to cleanse itself.

The fuel of food

According to the Science of Fasting:

“The Body has three fuels, glucose, fat, and proteins. The essential fuel is glucose, which the body needs to function. The brain cannot do without it. After a day of fasting, the glucose supply is exhausted.”

The body adapts by making glucose from protein that comes mainly from the muscles.  It also draws on reserves found in fat, known as ketone bodies.  The ketone bodies become the primary food supply for the brain.  The liver performs the work of transformation in periods of low food intake.

As this transformation during the fasting process happens, the senses are sharpened, and a sense of euphoria sets in.

The idea is to stimulate the organs to eliminate the toxins. Massage, sauna usage, and exercise may help the detoxification process. Many of the patients describe incredible and powerful changes to their health after the fifth to fourteenth days. The doctors also found through their continued studies on this, that “fasting has a stimulating and an antidepressant effect.”

Over the years I have done a few different types of detoxification. I have experienced the very things that they described many times with the ones I have done.  Usually, I only do a few days, but a few times I have done more than two weeks or so, and I felt the changes myself. I quit the fast just a little too soon as it was assumed that I was “sick” when the “crisis” occurred.  I did not allow myself to continue past that acidosis point, and I wish I had.

Hopefully, I will be writing more about my progress on the next blog.

What kind of detoxification to choose?
A documentary to give me courage
Water Fasting (detoxification)
The fuel of food
Eliminating The Toxins
Further Reading On Detoxification
Read All Of Marie’s Columns
Marie