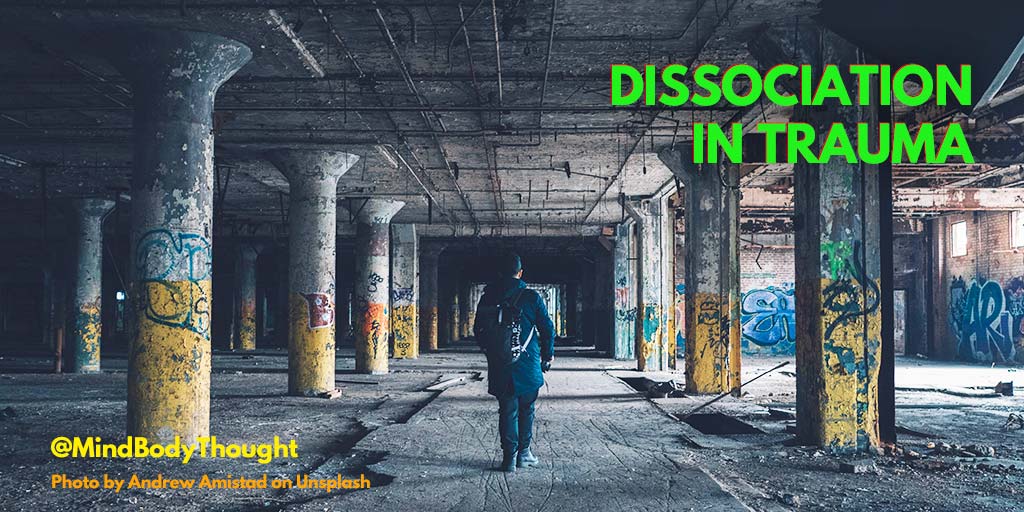 Don Shetterly 0 November 27, 2019 12:02 am
Walk A Mile In My Shoes
Would You Get Over Your Pain, Now?
Corey The Orange Cat Is A Courageous Fighter

One of the hardest things I’ve struggled with is dissociation in healing from trauma. It was my form of survival when I went through torture and abuse.

Dissociation happens so quickly that I usually don’t notice it. In fact, it took me several weeks in my last experience to even begin understanding that I was checking out in therapy and life.

For me, as I look back now, I can see some of the things that were taking place that I was not aware of at the time.

Therapy Was Not Working

So what is dissociation in technical terms? According to the University of Washington, dissociation is being disconnected from the here and now. Dissociation usually happens because of trauma or abuse. It can include the following but is not limited to this list.

According to VeryWellMind.com dissociation disrupts the following areas.

Often dissociation is an overload response years after the traumatic event occurred. Sights, sounds, smells, touches, and taste can set off or trigger unwanted memories and feelings. Reactions can often happen which cause an adrenaline-charged fight-or-flight response or dissociation.

For me in this last experience, the therapy was bringing me into the moment of the trigger. Normally this is fine in the therapy I was undergoing, but the session wasn’t bringing me through it. There was no resolution.

On top of it, there were two main triggers for me that just set a series of events cascading into dissociation. One was the house fire across the street including the sights, sounds, and smokey smells. The other was when my new little kitten got his paw hurt and the painful cries he let out.

Read my blog post on PTSD Flashbacks Of Animals

These moments caused me to react in a way I could not see. While I was aware of the connection, my body systems in survival mode were already trying to fight off the attacks. Yet, nothing helped. I was afraid of everything but didn’t have a clue as to why I was.

It was very difficult for me to come out of this and required me going to a doctor that I knew could help me. However, in the process of reaching that point, I almost gave up.

I was so overwhelmed that I remember telling Dr. Canali on the phone, I feel like there is no hope for me. Fortunately, he was able to get me out of it as I had spiraled way down.

When people are in dissociation as I was, it is very hard to tell it. If someone asks them questions that would assume you can see things in a real way, you only make it more frustrating for them.

A therapist needs not only to recognize what is going on but also ask questions and relate to the person in a way that helps bring them back to reality. Never should anyone be left hanging out on the tree branch all alone. In these moments, that is the worst thing you can do.

If you’re working with trauma/child abuse survivors, you need to be able to spot disassociation. These people will struggle to spot it in themselves when they are disassociating. If you’re not careful, you can retraumatize them just by not seeing that they are disconnected.

One important thing to note is that when someone is in the moment of dissociation and trying to heal from the trauma they’ve been through, what you do matters. If you push them off to the next appointment, you’ve burned any trust they may have in you. If you act as if they have to find the way to explain all that is going on, you’re pushing them into despair.

In addition, if you don’t allow them to lean on you at that moment, you’re pushing them into the world of feeling like they are completely alone. This is a horrible place for anyone who is in dissociation to be.

I’m glad I came through what I did, but this experience almost pushed me over the edge. I’ve been working for years through the PTSD, flashbacks, triggers, and all the trauma I’ve been through in life. None of it is easy and it is more difficult when you’re stuck in this part of healing.

Read Torment And Hell In My Mind And Body

For me though, I made it but I know how hard it is when you’re in this spot. When it feels like no one cares even if they do or that there is no way out, this is when you need someone skilled enough to help. It is then you need someone to be present for you until they can help you connect back to the present world of your life.

One of the things that helped me so much was when I talked to Dr. Canali on the phone and he listened. Just the fact that he truly listened meant the world to me. I shared with him how horrible I was feeling and he didn’t judge me or tell me to think of some platitude. He just listened.

The last thing he texted me before I was able to make it to see him was, “I believe in you.” Those words gave me so much encouragement and hope which I badly needed at that moment. They were simple words but the most important part was that they were authentic and from his heart.

Read Thank You For Trusting Me

My Dissociation Experiences
Therapy Was Not Working
My Dissociation Symptoms
Dissociation Defined
Triggers I Faced
Read my blog post on PTSD Flashbacks Of Animals
Therapy With Authenticity
PTSD, Flashbacks & Triggers
Read Torment And Hell In My Mind And Body
He Truly Listened
Read Thank You For Trusting Me