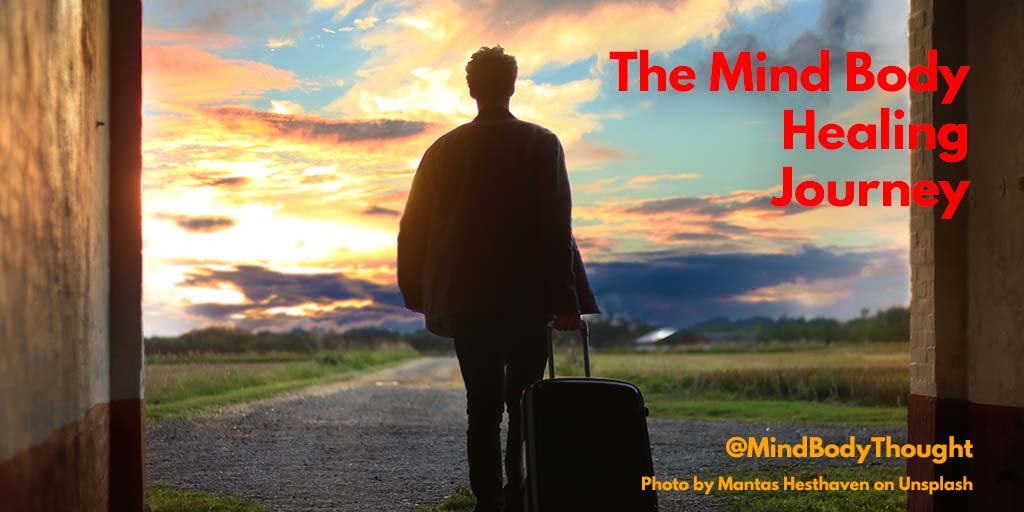 After surviving paralysis and nearly taking my last breath on this earth, I had begun to piece my life back together.  It was not easy and there were days that I almost did not make it.  Yet, something deep inside kept me going deeper into mind body healing

There was that one profound moment in the hospital during some guided relaxation exercises where I connected deep in the mind and body.  I felt something so amazing, but I was not sure what it was.  All I knew was that I had never felt the peace and relaxation of the moment quite like I did during that exercise.  While I had no idea how to recreate it, that moment became a connection to so many that would unfold later.

At the time I didn’t even realize
that I was embarking upon
a journey of mind body healing,
but I was.

I would finally get back to my job after numerous anxiety attacks that left me hiding from the world.  As my schedule picked up and I endured threats from members of my family, life began to take its toll on me once again.  Struggling through the fog of depression, I quit my job after being railroaded out the door, and started a business that I was not qualified for or should have undertaken.

A year later, I was out of money and out of time.  While preparing to live in my car with my cat because I was days from being turned out of my apartment, I managed to get a job with a previous employer.  After several difficult steps that took place, I transitioned to my new home and job.  It was a job of physical work which helped me to get my mind off all my troubles and difficulties.

Mind Body Healing Is Not An Easy Process

The job became my life and little by little I began piecing my life together.  Ugly truths of the past would rear up and slap me.  Contact with members of my family had been severed by me so that I could survive.  They were the monsters that I so badly wanted to avoid.

Then, one Thanksgiving, the nightmare of the color purple would come into view.  After days and weeks of sleepless nights, the color purple which had been a confusing nightmare to me, now showed its true colors.  It was the bedspread of the bed where I had been raped.  The full force of the anger came through my hand and arm as it pounded into my front door.

The mind body healing process involves
walking deep into the things that need
to be healed. They not only exist
in the mind but in the body.

Reacting in pain and fear, I thought I had broken my hand.  I am surprised that it was not broken with all the force that had hit the door.  The next days and weeks, I tried desperately to put it all out of my mind.  Fighting through the nightmares of the monster standing at the foot of the bed in my dreams, I tried to live a normal life.

Anxiety and depression were overtaking me every day that passed.  I hid in my house except to go to work and the store.  There was no way I could let anyone see the pain I was in because I felt so overtaken by shame.  I was good at hiding things and no one knew of my secrets.

As the anxiety and depression worsened, I began actively looking for ways each day to kill myself.  There was not a day that went by that I didn’t try or devise a plan to end everything.  Even though I literally tried walking out in front of cars and trucks to end my life, something always seemed to happen to prevent me from being hit. Mind body healing was not even on my radar at this moment. There was too much anxiety and depression.

Searching For Help Through Therapy

It was then that I started to search out another therapist.  There would be a false start with a psychotherapist who never followed through and forgot about me.  Fortunately, I found a wonderful therapist that helped me begin to climb out of the hole in which I was living.  She helped me get back on medication.  It helped me get in control of the moments where I wanted everything to end.

I was on the path of mind body healing
even though I didn’t recognize that I was.

Then, we started slugging through the difficult moments of healing and at times, it would almost take me under.  It was difficult, and for anyone who has been abused, molested, and tortured, that is an understatement.  I found an organization for victims of incest and also one of the first male survivor support forums online.  These things began to help me confront the ugly hidden truths of my life. They helped me locate others and begin meeting other survivors which brought me to a whole new level of healing.

In time, I would meet my soulmate and best friend who is now my husband.  This meeting took me to moving to South Florida where my life would continue to go through complete transformation.  I went from paralysis, fear, anxiety, and depression to one of allowing myself to be loved.

While touch was difficult for me, I graduated from massage school and allowed my body to heal in ways I never thought would happen.  After meeting Dr. Paul Canali at an event, I found there was more to what I had felt so long ago in the hospital.  In those guided meditation moments after I was paralyzed, I would soon discover, through Dr. Canali, that the body harbored so much of the trauma within the cells.

That moment was the early launching pad for me to find my way through my experiences.  While the paralysis was long gone in my life, I still struggled with many physical issues, from migraine headaches to vomiting when hugged, nervous stomach, allergies, body rashes, and the creepy crawling sensations on my body.

Through time, I would heal by going deep into the mind and body connection, past the fear and trauma, anxiety, and depression to find a level of peace and healing I had never known.

I am now the author of two books on my experiences, helping to share what I learned with others in Overcoming A Mysterious Condition and finding Hope And Possibility Through Trauma.