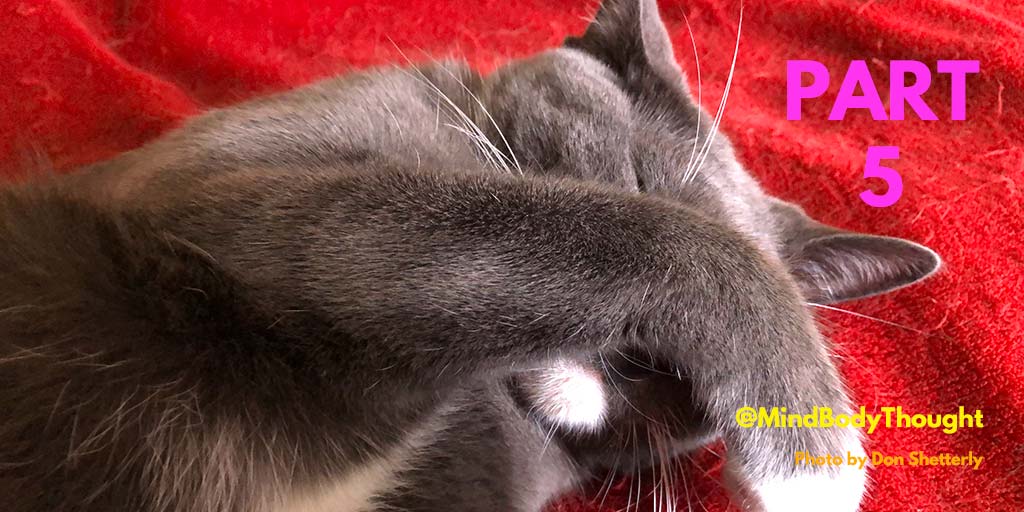 There was no taking care of ourselves. From not being able to bathe but once a week on Saturday night before church on Sunday, to being told to suck it up and move on, sabotaging self-care was considered to be the norm in my house.

We were told that we needed to conserve water and that’s why we didn’t need to take baths more frequently. Of course, we had our own well since we lived on a farm. I can only imagine what my classmates thought of me while I didn’t realize just how harmful this was.

We had to be clean for church on Sunday so no one would know what went on at our house. Cleanliness at school wasn’t as important as showing off for the church crowd. None of this behavior makes sense.

Then there were the clothes. We didn’t have many and so we were constantly wearing the same things over and over. Again, I can only imagine what my classmates thought of me. No wonder I didn’t date or have close friends. It makes me cringe to this day and it makes me very sad.

We weren’t taught to take care of ourselves. We were taught that sabotaging self-care was what you did.

I remember having cold hands in the winter. Because they hurt so badly, I started to cry. My dad’s response was to kick me and whip me for being a crybaby.

I remember my older brother hitting me with a round point shovel causing my head to bleed, but I was supposed to suck it up. It didn’t matter what was happening, you just ignored what was going on and put the happy face on, much like most of the world forces us to do these days.

No matter if you were cold or bleeding, you had to keep going.

My Dad’s Way Of Sabotaging Self-Care

My dad’s idea of fun, relaxation, and self-care was cutting wood in the middle of winter in the snow. I hated it because my gloves would get wet from picking logs up out of the snow.

Of course, there was nowhere to warm up and no dry gloves to put on and wear. Worse yet was that we had these thin cloth gloves that were ten sizes too big for me. Of course, sabotaging self-care was demanded by the king in our house.

Feelings And Emotions Not Allowed

Feelings and emotions were not allowed at all. They made you into a baby. There was the time my dad was beating me so hard, yet I wouldn’t cry. So instead he beat me harder to make me cry and then beat me because I was crying. You couldn’t win in my house.

You almost had to second guess his every move and try to do the thing he expected at the moment he expected. Your self-care didn’t matter!

Sabotaging self-care was the name of the game.

Rest Was Not Allowed

We were taught that the best thing you could do was to keep busy working on something. Anything that would allow you to appear lazy or to slow down was considered unhealthy and of the devil. After all, I was told that “an empty mind was the devil’s playground.”

The only time you could rest was on Christmas or a Sunday afternoon. The rest of the time, you were expected to keep busy unless my dad was watching TV at night. Sometimes the rules did change, but only if my dad felt there was some task we needed to get done on a Sunday afternoon.

If my dad was at work or not home, you were given a long list of tasks to get done. Most of it was more than you could get done. Usually, his handwritten lists were so illegible you couldn’t make out what they said. If you didn’t have them completed by the time he got back, he’d be yelling at us,wondering why we were so lazy.

He would not understand why we had not completed the list while he was off running to town and doing whatever it was that he did. It seemed like when there was work to do, he was gone but expected us to do it in his absence.

Sabotaging Self-Care Was What I Learned

Today, I’ve learned so much more about taking care of myself.  We often refer to this as self-care, but for a long time in my life, I had no idea what that truly meant.

Self-care is so critical to life and how we deal with stress. Without it, we are running on empty while thinking that are fuel tanks are full. The body is not designed to continue that way.

Without rest and self-care, we’re not only burning the candle at both ends, we’re depleting the biological life we have in our possession. If we value life, we must stop sabotaging self-care. If we don’t understand what self-care is, then it is time we best be learning what it entails.

Check out my book, Overcoming A Mysterious Condition, for more about the ways I was sabotaging self-care in my life.

Part 3: Father Was In Poor Health