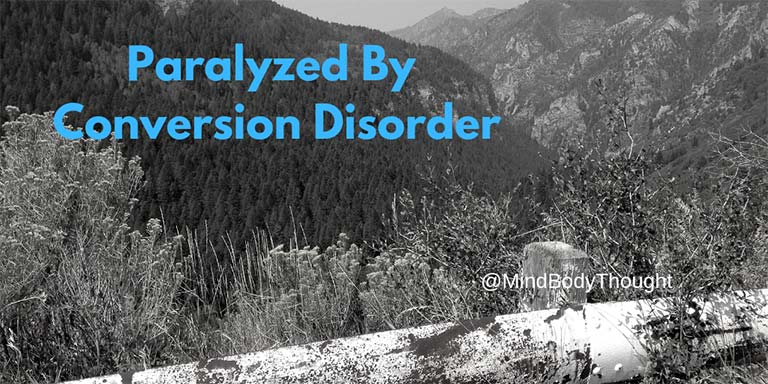 In 1991, I was paralyzed by conversion disorder. My brain almost came to a stop. The doctors thought it was due to stress on the job at the time.

While that was an easy scapegoat, I came to discover that the stress was the last straw on the camel’s back.

Entering therapy, I soon began to see that there was so much more that caused the conversion disorder and paralysis. I had blocked so much out of my conscious mind. Until I started to take the time to travel on this part of my healing journey, I was blind to that which I did not want to see.

While I knew I had been molested by my older brother, there was so much anger directed towards my father. At the time, it didn’t make sense. Later on in my healing, I found out that my older brother would explain the molestation as just normal curious moments between brothers.

God Had Forgiven Him

Of course, in one of the monster’s letters to me, God had forgiven him so all was well in his eyes. In my view, nothing had been done to account for the wrongs he did to me and others.

As far as my dad went, I knew he was verbally and mentally abusive to me. I had hidden from view the physical abuse and sexual abuse I endured around him. In fact, it took me many years to really start recognizing that it was pure torture I went through in my life. I find it interesting just how much we hide from our conscious view and how much we protect those that hurt us. That’s what I did!

Leading Up To Conversion Disorder

From the time I was 12 years old, I remember being coaxed into my brother’s room to perform sex acts on him. Night after night, I had to wait until everyone had gone to bed and then I’d tiptoe into his room.

No one ever told me that I was supposed to do this from what I can recall, but somehow, it was an instinctive activity that was automatic.

These moments I describe only a small part of what I and more of my story has been written in my book, Overcoming A Mysterious Condition. Yes, my healing journey started when I was paralyzed from conversion disorder, but it didn’t end there.

For me to talk about these things is still difficult to this day. I know what happened, but some of the exact details are hard to pin down. Too many years have passed. When I talk about these things, it rips my mind to shreds because to me, it isn’t just words. These are emotion-filled moments of horror, trauma, and torture for me.

All of these things contributed together to paralyze my body from conversion disorder. I remember talking to Dr. John Sharp before going on the Dr. Drew Show. He helped me to understand the connection I made between conversion disorder and what I experienced. I’ll never forget that moment.

Many times I read that people with conversion disorder have no clue what caused it. They don’t see that there is more to the story than they are aware of at that moment. When I went through paralysis and conversion disorder, it wasn’t like I could articulate all my story. I knew it was there, but the horrors of it were so great, I could not let myself go there.

In my new book, Overcoming A Mysterious Condition, I share my process of healing. I do it because I know how difficult it is to come through these experiences. My hope is that it helps others become more aware and find their own story of healing.